TEXAS.STATERECORDS.ORG IS A PRIVATELY OWNED WEBSITE THAT IS NOT OWNED OR OPERATED BY ANY STATE GOVERNMENT AGENCY.
Texas.StateRecords.org
Texas Criminal Records
Criminal Justice Systems

Texas’s Criminal Justice system is responsible for providing public safety by deterring and preventing crime, punishing offenders, and reintroducing those who have served their time back into the community. The criminal justice system is based on the body of laws that define crimes and offenses, and specify what punishments are appropriate for those crimes.

There are two types of crimes that are defined by Texas State law: felonies, misdemeanors, and infractions. 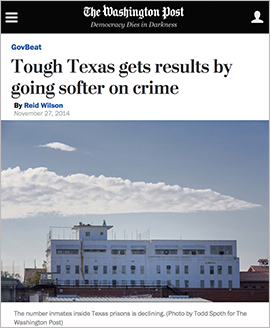 Texas political culture favors a swift and stern punishment for offenses against the law, especially in the areas of violent crime. As of August 2000, according to the Bureau of Justice Statistics, Texas lead the nation in imprisoning its citizens with the largest incarcerated population under the jurisdiction of its prison system.

Texas has been the top state for state prison growth, with a rate of nearly 12% compared to the nation’s average of 6%. Nearly one in five new prisoners added to the nation’s prisons was in Texas, and one fourth of the nations parole and probationers are in Texas.

At the end of 1999, 706,600 Texans were in prison, jail or on probation, which accounts for roughly 5% of the adult population in the state. To put this in context, There are more Texans under the criminal justice system than the entire population of Vermont, Wyoming or Alaska individually.

Texas’s Criminal Justice System has three components. Those three stages consist of law enforcement and criminal prosecution, trial and appeals, and corrections. Each of these stages is comprised of multiple levels, organizations and many thousands of personnel.

Texas Law Enforcement Agencies all operate under an umbrella authority known as the Texas Commission on Law Enforcement, or TCOLE. TCOLE includes sheriff's, deputies, constables, police officers, marshals, troopers, Texas Rangers, agents of the Alcoholic Beverage Commission, investigators of the Attorney General, game wardens, and correctional officers. TCOLE itself operates under the Texas Legislature, which grants it authority under Chapter 1701 or the Texas Occupations Code. TCOLE’s Board of Commissioners forms the administrative body of the organization, and has several duties, including making recommendations to the Governor of Texas and the state’s legislature. Its nine members are appointed by the Governor of Texas, and confirmed by the state Senate. Each of the nine members of the TCOLE Board of Commissioners serves six years, and must consist of three sheriffs, constables, or police chiefs, three members who have been TCOLE licensees for at least five years, and three members of the general population.

The idea for TCOLE started in 1965, and was imagined as a way to improve law enforcement proficiency and effectiveness. Since then several milestones have been achieved. By 1969, mandatory standards for the employment of law enforcement officers were rising in popularity. In 1970, the first iteration of the standards for the Basic Peace Officer Course (BPOC) was issued, and called for a 140-hour minimum curriculum. In 1971, the appointment of trained reserve officers was authorized, and in 1976, medical and psychological examinations were added as part of the licensure. Almost a decade later in 1983, continuing education became a mandatory standard of peace officer employment. In 2004, the BPOC standards we know today were implemented, which most notably called for a minimum of 618 hours of instruction for new officers to gain licensure. 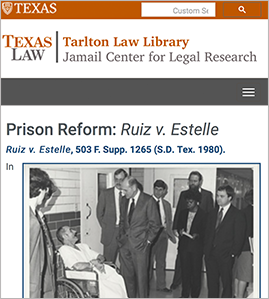 The Texas justice system precedes its own statehood, with municipal alcaldes holding judicial power until the 1836 revolution. After 1836, the newly independent government established a judicial system based on Anglo-American common law. In this system, the newly founded Texas Supreme Court would be the highest court in the land. In 1840, the Texas Supreme Court held its first term. In 1845, along with it’s induction into the United States, the Texas Supreme Court was restructured from its previous eight judges down to just two associate judges and one chief justice. In 1850, a constitutional amendment makes the offices of the Supreme Court elected, and between 1867-69, Texas came under U.S. military command following the Texas Civil War. The serving justices were called impediments to reconstruction, and replaced by the victorious United States. In 1876, to relieve the Texas Supreme Court of it’s then heavy caseload, a three judge Court of Appeals was established, but in 1891, the judicial system was completely reconstructed after it had failed to provide the relief the Supreme Court needed. The newly constructed judicial system began in 1892. Then in 1918, Texas Legislature once again established The Commision of Appeals to help with the Supreme Court’s docket. It wouldn't be until 1945 that Texas legislation would reinstall an eight judge supreme court headed by a chief justice. Further changes and additions would be made up until 1980, with most additional courts serving to reduce supreme court workloads. 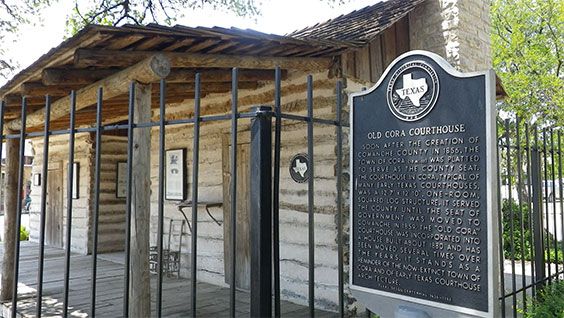 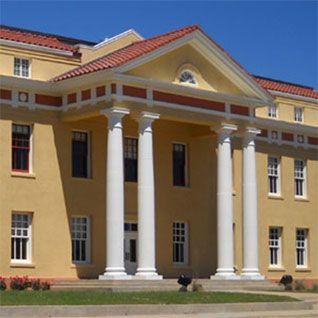